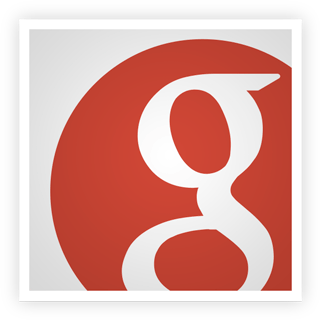 Facebook login has been included since Muut launch in April 2013, but now users can also login using their Google credentials. While immensely popular, some people have refrained from using Facebook, and some of you have been asking for this feature for a long time. Now those with a Google+ account can also login and join with just a couple of clicks.

(Twitter authorisation is also under construction, along with some others.)

We’re on a mission to improve the quality of discussion on the internet by providing a tool to make conversations with other internet users easier, faster, simpler, more beautiful. Alas, not everyone will behave or go by the rules, whatever the tool. 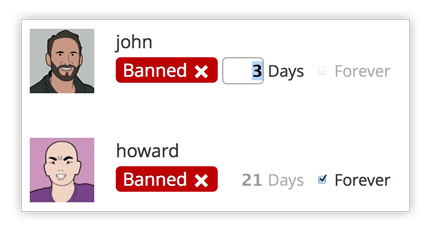 Well, this update will teach ‘em: if someone continually resorts to inappropriate language, off-topic posting, abuse, spamming, or simply breaking your stated forum rules, the admins now have an option to silence them (on the forums) for a specified time period, or indefinitely.

Threaded commenting works great for things like long blog posts on big subjects, where commenters might start discussions on a wildly varying range of topics. Many unconnected discussions might ensue, and you want to keep them separate. However, you don’t always want commenters competing for attention or cluttering the page with their own titles, which is where title-less commenting comes into its own.

Note title-less commenting will be the default option on the next feature release (v1.11.0) and you must explicitly enable titles with data-show_title="true" attribute on the container tag.

Embedding Muut is now done by inserting just 2 (two!) lines of html onto your webpage — no need to touch the page <head> anymore. The Muut client will then appear in place of the embed code on the rendered page. This will make embedding Muut on sites like those created on website builders much easier.

The traditional embed with separate <head> and <body> parts hasn’t gone anywhere, if you require it: check our new embedding docs.

Open individual replies by clicking the post time on the info row. You can share the post to your friends by copying the URL of the page that opens.

Bigger and more fitting servers for Redis, Node and Solr. Our API is about 43% more powerful, and the database is about 215% more powerful. Search results are now twice as fast.

This might seem like a small thing on the surface, but involved a fairly big refactoring of the original client code… Never you mind though, just enjoy instant logins and logouts, without client UI re-rendering. The posts are kept in place despite the login status change, and “Login and reply” is much smoother. Connections are now much more reliable, and even when your network happens to be flaky, losing a post should be a thing of the past.

We finally have an Italian version of the client. Muut now speaks 26 languages in total. Again, many thanks to those who have been contributing translations!